Detective Trevor Atkins has good reason to hate Christmas. On Christmas Eve four years ago, his pregnant wife fell and lost their baby. Now divorced, Trevor deals with Christmas the only way he can, by ignoring it. When he is assigned to guard a widow who is the only surviving victim of a suspected serial killer, he expects just another assignment. But when Trevor arrives, he is stunned. This may be the hardest assignment he’s ever faced. The widow is kind, beautiful and very, very pregnant. And she’s putting up Christmas decorations all over the safe house.

Merry Randolph takes her joy where she can find it. She lost her new husband in a tragic helicopter crash only weeks into her pregnancy, and then she survived an attack from the notorious Widow Killer. Merry is determined to have a real Christmas for her family—herself and her unborn child—even if her stubbornly sexy police bodyguard doesn’t want any part of it.

When an ice storm hits and Merry’s contractions start, they are forced to leave the safe house and enter a tightening web of danger. Trevor must face his heartbreak and loss, and Merry must trust her life to a stranger who is only doing his job if she wants to survive to see her baby born on Christmas Eve. 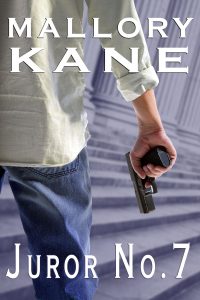 Police detective Brand Gallagher is bent on revenge against mob boss Giovanni Castellano, the man who ordered his brother’s death. Now undercover within the mob, he’s getting closer to exacting his long-planned vengeance. But when he’s ordered to kill a juror who refused to hang a jury, Brand knows he can’t do it. He has to save Juror No. 7, the lovely Lily Raines, even though it will blow the cover on his three-year mission.

Lily is threatened by thugs to set a killer free, but her father taught her to do the right thing, so she votes to convict. Now her life is in danger and her only hope is a mob hit man named Brand. But Brand seems more like a hero than a thug.

Brand and Lily find themselves on the run, with no one to depend on except each other. Lily trusts Brand with her life, but can she trust him with her heart? By protecting Lily, Brand could lose everything he’s worked for, and gain all he’s ever wanted. 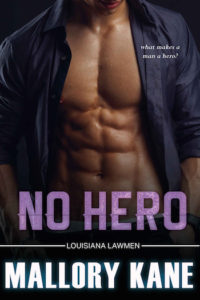 He’s seen too much and failed too many times. Now the homeless kids he mentors are dying and the only person who can help him find the killer is the woman who dug up his past to destroy him. Dev needs her help to solve the case, but he can’t trust her and he can’t trust himself around her, because she’s the sexiest, most intelligent woman he’s ever met.

Journalist Reghan Connor knows there are no heroes, and she’s out to prove it on the air for all of New Orleans. Her latest debunked hero is Detective Dev Gautier, who hates her for exposing his mistakes. Now Reghan has been given the key to the murders of Dev’s homeless teens, but how can she convince him she’s not setting him up for another fall? As they work together to solve the murders, Reghan learns that being a hero is complicated and loving a hero can be downright deadly. 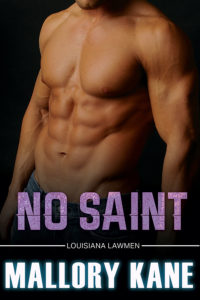 New Orleans Police Detective Rick Easterling is no saint: he’s the NOPD’s best undercover cop. Known as the Man of a Thousand Faces, he’s a rogue ­– breaking the rules to solve cases his way. When his brother dies of a drug overdose and Rick is suspected of being a dirty cop, the detective vows to clear his name and avenge his brother’s death.

Rookie police officer Lusinda Johnson has a personal axe to grind with dirty cops. When she volunteers to work undercover to shadow Rick, she tells herself his sexy, brooding bad boy demeanor doesn’t fool her, but the longer they work together, the harder it is to see him as anything other than a hero.

As “Sin” and Rick investigate the corrupt underbelly of New Orleans night life, they find that their lies imperil them both as much as the drug lords closing in. Will they learn to trust each other in time to save themselves and their growing feelings? 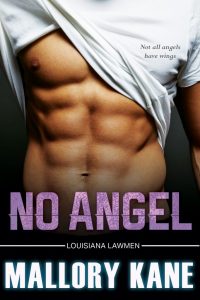 Alexandra Tyler is on the run. She married her college sweetheart, but soon discovered a dark side to him that she’d never seen before. Hoping to find refuge and start a new life, she moves to New Orleans. But bad luck follows and she finds herself barely escaping an abduction. Before she knows it, she’s entangled in the search for a serial killer.

FBI Special Agent Danny DeLuca is on the trail of an infamous serial killer. There have been nine victims in nine months, one during each New Moon. But the tenth victim, Alexandra Tyler, escapes, giving Danny the first break he’s had in the case. His job is to protect her and catch the killer, but as danger closes in, Danny must guard his heart in order to keep her safe.

While the killer continues to commit the almost perfect crime, Danny and Allie are forced to work together, while also resisting the other’s charms. If they give in to their escalating attraction, it could be the death of both of them. 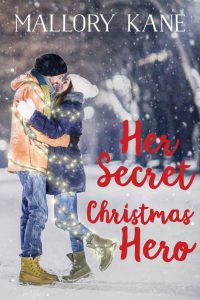 Do you believe in love at first sight?

Allie McHale is spending this brutal Christmas Eve snowstorm in a barn in Marietta, Montana, when suddenly she hears a horrible crash on the freeway near her ranch. She discovers a handsome lone survivor, a prisoner in handcuffs, and despite her apprehension about harboring a criminal, she rescues him anyway.

Jacob Reeves, on his way to Seattle to testify against his organized crime family, is miraculously saved by the most beautiful woman he’s ever laid eyes on, who has every reason not to trust him, but getting through a freezing Christmas Eve forces them to work together to survive.

During the long night, their chemistry is off the charts, and Jake realizes that Allie could be the love of his life. But as soon as the storm is over, he’ll be gone. Is Jake destined to break both of their hearts, or will a Christmas tragedy end in a miracle?